Also called a dummy security camera, simulated camera, or decoy camera, a fake security camera is a non-functional yet looking like genuine surveillance camera designed to fool prospective burglars or anyone who may intrude into your property. Such a device is intentionally mounted in a noticeable place so that a passing person will surely distinguish it and begin to believe that the area is monitored by a CCTV system.

Faux surveillance cameras are all the rage nowadays, with too many owners and businesses installing these gadgets to their premises and yards. Coming exponentially cheaper than original devices, imitations seem to be an affordable way to boost your property’s security, but in practice, they hardly prove to be a sustainable solution.

Table of Contents
1
The main allures behind fake security cameras
2
The pitfalls of using fake cameras
3
Why dummy security cameras fail to help
4
Why a genuine security camera is a more sustainable solution?
5
FAQ section
6
Cheating a shrewd criminal is useless

Low-quality dummy security cameras can be easily recognized as they are equipped with evident opaque plastic instead of real lenses and buttons. Sometimes decoy cameras are just broken authentic security cameras, motion detectors disguised as professional equipment, or hollow camera housings. In order to enhance the effect, fake security cameras often come with flashing lights and a motor for a tilt mechanism. 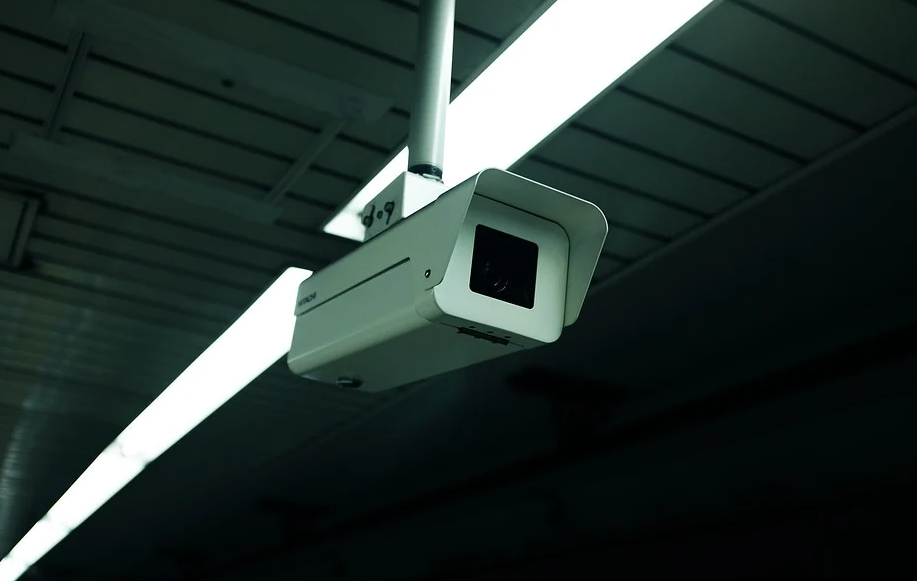 For an inexperienced or let’s-make-this-quick invader, eyeing a simulated camera may be a sign for a retreat. However, a seasoned burglar will hardly be scared off by this replica of a home security system.

A dummy camera is still better than nothing. Most criminals will thoroughly scout out an attackable home before invading, but believing that the property is monitored by an outdoor surveillance system will implant doubt in their mind.

Alternatives are more affordable than the real thing

Imitation is always way cheaper than an authentic CCTV camera. Knowing that a decent video surveillance system can cost thousands of hard-earned dollars, an idea of having a fake one instead may seem appealing. Maintaining a professionally-installed closed-circuit television system also comes at its (pretty high) cost, tipping the scale in favor of cheap and easy fake cams.

They stir doubt in criminals

Another merit behind imitation cameras is that they can stop invaders from breaking in. No matter it is stimulant or genuine, catching sight of some kind of home security system will give a criminal pause for thought. Attempts to figure out whether the item is real or fake are unsafely time-consuming and hardly worth the criminal’s while.

No struggle with installation and maintenance

The biggest inconvenience with a sophisticated home security system is that it is difficult to install, run, and maintain. The owner will have to check up if the installation is performing as needed, making sure it monitors, captures, and alerts. It is not the case with a decoy that only requires to be bolted on the inside.

The pitfalls of using fake cameras

While a mimic dome or bullet cam promises great money, time, and effort cut downs, it is still not a patch on a professional video recorder. Before embarking on a trip for a fake, you should seriously weigh up all pros and cons of relying on make-believe devices. Here are the most obvious arguments against purchasing a decoy.

Moreover, even if a theft dares to break in your place, a top-notch surveillance system, like those produced Reolink, will immediately detect their movement and turn on the siren to frighten evil-doers off.

Their design may raise suspicions

At first sight, imitation security cameras look quite real, with their blinking lights and sleek appearance; however, today, intruders have honed their dirty prowess to perfection and can easily tell the difference between the genuine camera and a false one. While an outdoor fixture may seem convincing to your neighbors, mature burglars demonstrate brilliant wit when it comes to dealing with such things, as it is part of their job to be able to spot inauthentic installations from a distance.

They are not as affordable as it seems

It is possible to find some options under $20, but in most cases, a price tag of fake security cameras is disproportionally high. Perhaps, the price is driven by high demand. A truly convincing product may cost over $100. For that value, you can easily find a decent DIY home security system that will include a video doorbell, a row of led light sensors, a microcontroller, and a CCTV monitor.

Another point to consider is that even though dummy CCTV systems look authentic, they are just pieces of the exterior, doing nothing at all. Such products are just for show, they do not record a video, their motion sensors are inactive, and the LED lights are sham. Non-functionality of fake cameras will cost you much if some crime occurs and the police will need captured records.

Fake security cameras give a fake sense of security

Another weighty shortcoming behind dummy security systems is that they make you feel safe when you are actually not. Imitation is not an anti-crime means. But given the way how aggressively these devices are marketed, many consumers put blind trust in them, falling for a false promise to keep their home protected. The reality is that most burglars are versed expertly in their field and know how to tell a dud from an authentic model.

Imitation items are helpless when it comes to a lawsuit. For example, a business owner for the sake of installs a fake cam into their premises giving the customers a false promise of security. Becoming convinced in the safety, customers may unconcernedly leave their belongings unattended at the desk or in their cars, seducing a criminal to action. Next, they discover that their things were stolen while there is no image of the robber captured. Surely, the victim will demand legal action against the business owner. 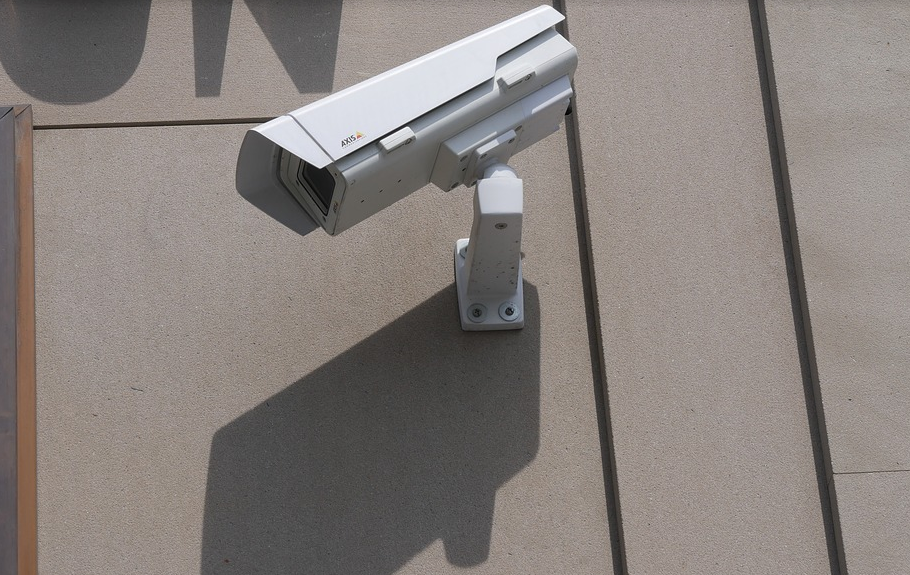 Throughout 2020, fake security cameras have been hyped on both social media and TV while possible risks and dangers associated with trusting to these home products are delicately concealed. So, why do these goods fail to meet expectations?

In most cases, manufacturers use the cheapest material to make fake surveillance cameras. Supplying the products with high-end light equipment and firm details will push the ultimate price up, which may deter a potential buyer. Some manufacturers deliberately or occasionally do not put a brand name on their production, which is also an obvious sign for a burglar that the thing hanging above the entrance door is merely a simulacrum.

Another big annoyance about dummies is that they do require proper installation. A professional installer of home security systems knows that such equipment should be placed by the front door or hanged on a wall, but an average consumer will hardly understand how to set this up properly. Misplacement of a camera will give a burglar a hint that the unit is a non-functional replica.

At last, most fakes come with lots of wires and blinking LEDs for more impact. In fact, these are just worthless materials, which can confuse a buyer and tip off a criminal. When the surveillance system is professional, there will be no cables or ridiculously blinking bulbs visible around it.

Why a genuine security camera is a more sustainable solution?

While fake cameras offer only a temporary advantage, genuine models bring better value in perspective. It is no sweat for a skillful burglar to tell a decoy apart, especially when there is no brand name imprinted on its body. Excessive flashing bulbs, LED’s and wires typical for decoys only help a malefactor to figure out that the item is not actually working. The best protection against intruders and thieves is a professional surveillance camera, and the benefits are clear:

In 2020, the competition is so high that prices for complete home surveillance systems are declining without compromising the quality of performance. The most popular options include emergency police dispatching, SMS alerts both to your Android phone and Apple computer, live streaming, and DIY smart home security kits.

While such a camera cannot record video or capture photos, it does simulate some kind of home protection. It is arguable whether a decoy can be a deterrence measure against burglars. While some criminals will be scared off by a mere presence of surveillance, others will easily identify the fakes from original models and hardly hesitate to break-in.

The law does not prohibit the manufacturing or utilization of imitation cameras, but they can at times lead to unwanted lawsuits. Sometimes, businesses may install fakes for reasons of the economy, but when some customer falls victim to a theft in the area believed to be monitored, this may end up with legal action and severely tarnished reputation of that company.

How to distinguish a real security camera from imitation?

There are a few signs for an intruder to tell the real camera from the fake one: the first thing to catch a thief`s eye is a brand name, such as Reolink, Brinks, or other top-tier manufacturers. Having failed to clearly spot the brand, a burglar may want to get closer to the installation to know what materials the device is made out of. A shaky construction and fragile parts are ample proof that the thing is a knock-off. Moreover, an experienced invader will surely note where the device is placed and if any excessive wires are dangling about.

Do all genuine surveillance cameras have flashing lights?

It depends on the model, but rampageous flashing may prompt the burglar that the piece is fake. An authentic product may come with blue or red LEDs which are generally hard to distinguish with the naked eye. Even doorbell cameras and live-stream network surveillance camera with a night vision option do not have brightly blinking add-ons.

Cheating a shrewd criminal is useless

Opting for a mock security cam promises some short-term benefits, which will likely end up with a cheap piece of equipment hanging over your front door and causing nothing but an ironic smile on a face of a sneaky burglar and a snoopy neighbor. Not to mention that most fake cams are made from low-quality materials and unable to withstand weather trials. It is up to you to decide, but if you have an idea to enhance the safety of your home, would not it be better to consider a real thing for utter certainty?

Loved this? Spread the word 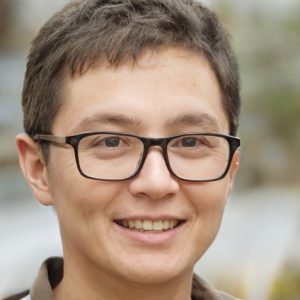 As a former sales manager, Adam has extensive experience in home safety solutions. He has been working in this sphere for 12 years. He is industrious, ambitious, and accurate. As of now, he has been writing home security articles for about 6 years and has already managed to present his materials in a range of influential periodicals, including The Washington Post.